0
How to Determine if Commodity Prices are too Low to Market Grain
22 September 2016
Next
0
Using Futures Options In Grain Marketing
04 October 2016
Finance
How To Make Your 10 Year Old A Multi-Millionaire by 40 and a Multi-Billionaire by 70
September 26, 2016 by Scott Anderson in Finance

As parents, we are role models for our children and one of the most important lessons we can teach our kids is the value of saving and the art of compounding interest. Whether you’re a farmer like me, doctor, single parent or anything else; I want to share the following conversation I had with my son about this extremely important lesson. 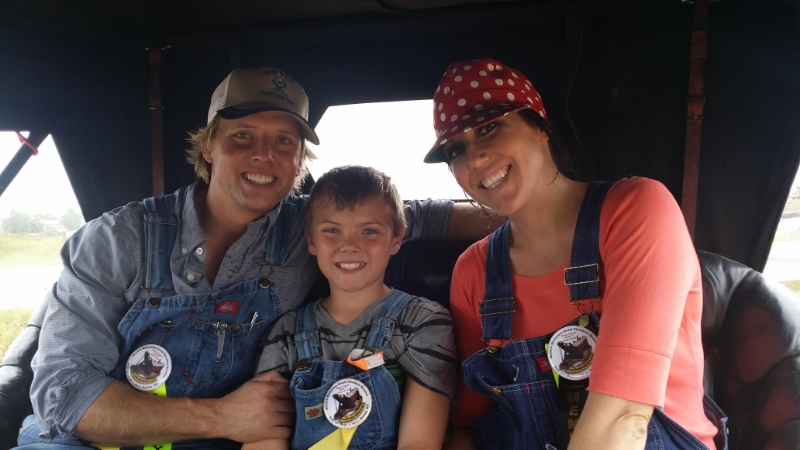 The other day I was explaining to my 10 year old son about saving his money and the art of compounding.  I told him that if he could make $100 per week he should save half of that money and invest it.  He was not excited about this, of course, but his eyes lit up when I showed him how this $50 per week sacrifice could make him a Multi-Millionaire by the time he was 40 and a Multi-Billionaire by 70.

Dad: Son, you like playing Call of Duty and your computer right?

Dad: Well, Activision (ATVI) which makes those epic games; and Intel (INTC) which makes the processor for your computer are public companies, which means anyone can purchase shares and own a little piece of those companies,  They even pay dividends which is part of the profit they make when you and your buddies buy games and new computers.

Dad: Yeah, so if you help uncle Nick at the restaurant and me on the farm, you could make around $100 bucks per week. Then you can set aside half of that and buy shares of those companies.

Son: Or I could buy the new Call of Duty game and a new mouse for my computer…

Son: That’s not even a hundred thousand dollars when you take 1,560 multiplied by $50.  That’s not much for saving for 30, years dad.  I still think I should buy the new game.

Dad: Well we haven’t figured the interest and how it compounds over time. Let’s say those companies will grow your money by 10% per year on average which would include the dividends. You can leverage that by two with most brokerage accounts which will bring your annual return to 20%. Let me get the financial calculator and plug it in.

What do you think the future value is with the interest???

Dad: Yes it is son. That’s the art of compounding.

Dad: If you invested $75 per week, at 70 years old your investment would be worth over 3 billion dollars.

Son: What! How is that possible? That’s so much money! I’ll start saving now!

The art of compounding is a beautiful thing, especially when a great deal of time is given to let it build.  Teaching our children about saving and financial discipline is one of the most important lessons we can pass down to them.  Imagine how much savings could be earned if the weekly payment was increased as the earning potential grows…  Check out Cash Cow Farmer and see how you can increase your profits and start building your billion dollar nest egg…

POWERFUL FARM FINANCIAL SOFTWARE THAT IS AFFORDABLE & EASY TO USE!

Cash Cow Farmer Founder/CEO, Scott Anderson, grew up on the family farm in Andover, South Dakota. He is a second generation farmer with a passion for farming, marketing, analytics, and software development.

CashCow Farmer is preparing farmers for the future of farming. With powerful farm financial software that is affordable & easy to use & expert backed grain marketing strategies, CashCow Farmer is truly your partner in field & in the market.